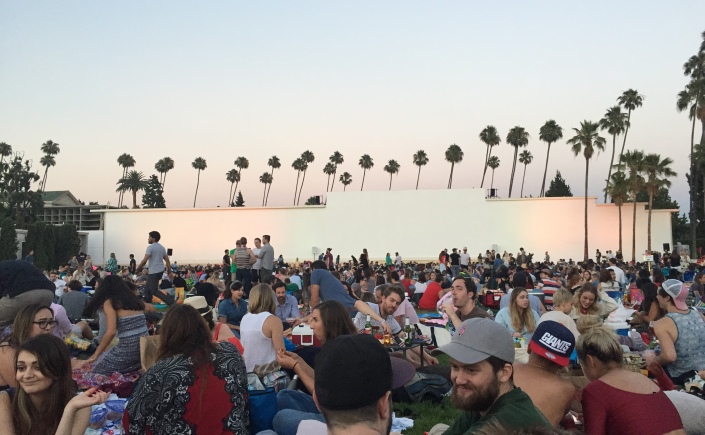 Dara: I’m not sure whose idea it was to show movies in a cemetery and I’m even less sure about how it got approved, but I am so glad that Cinespia exists!

TJ: For those of you who have never been, Cinespia is a group that puts on outdoor movie screenings in the Hollywood Forever Cemetery, and I swear it’s a little less creepy than it sounds. It is at night and it is in a cemetery, but it’s a great open picnic (BYOB!) setting with a DJ before the film, ambient lighting, food trucks, gift shop and an elaborate photo booth.

(Pro-tip: Do the photo booth as early as possible. The line may be insane but it’ll only just get longer. Trust us…)

Dara: You’d think that as people who watch movies for a living, we’d be less inclined to spend our free time watching more movies, but the coolest thing about Cinespia is the environment. It’s in the spirit of the event to show up hours early with a bunch of friends and drink and eat and play games before the movie starts. 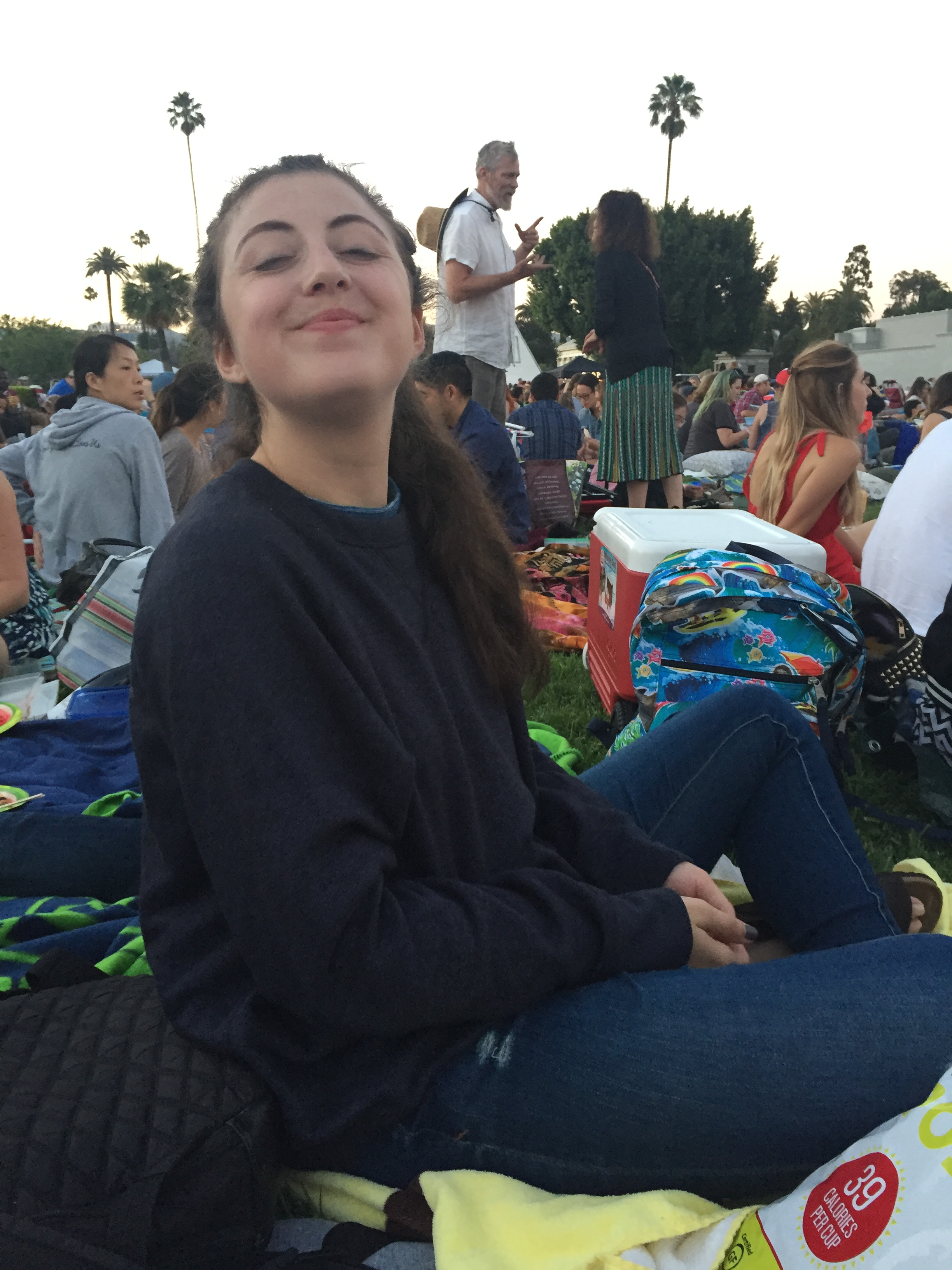 TJ: In fact, a lot of people show up even hours before doors open. We happened to drive by the other day and people were picnic’ing in the line outside the doors two hours before they opened!

You don’t always need to get there that early to find a good spot, but I’d definitely recommend showing up before the doors open if you want a center seat. When we arrived 15 minutes before the doors opened for Jurassic Park, the line was down the street and around the corner. It moves very quickly though so don’t worry too much about standing around and waiting. But the hardcore Cinespia fans arrive in line at 5 or 5:30pm (hours before the gates open) and bring games and food to picnic on the astroturf section of the line outside the gates to the cemetery, and then get in first when the doors open, and get the best spots on the lawn in front of the screen.

As you can see from the picture above, a crucial pro-tip is to bring lawn chairs! They can’t be any higher than 28″ but that’s the size of an average chair so most should be fine. You can also rent chairs there for $10 each. We forgot chairs the first time we went and definitely regretted it.

Other things to pack: blankets, food, alcohol, games, and I’ve even seen some smart people with short, folding picnic tables. We haven’t been enough times to invest in those but we do always bring (at a minimum) our favorite card game, Phase 10 to play with friends.

As for the movie itself, Jurassic Park is one of our favorites so we obviously had a great time. One of the cool things about seeing movies in a crowd of hundreds of people is all the cheering and booing and laughing and clapping that happens around you since most people go to see movies they already know well and really love.

And because we went on 4th of July, there was also an incredible fireworks show after the movie. They timed the first one to go off with the victorious roar of the t-rex at the end of the movie, and it was amazing!

All in all, it was the perfect end to our weeklong vacation. There are a few more events this summer so go to their site to see the schedule. And we would definitely recommend buying tickets early. They tend to sell out way ahead of time so it might even be wise to follow Cinespia on Facebook for notifications. You definitely don’t want to miss out! 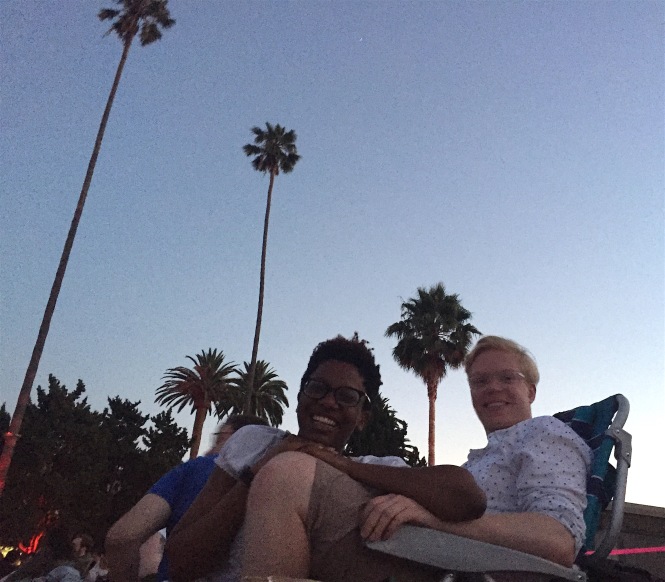