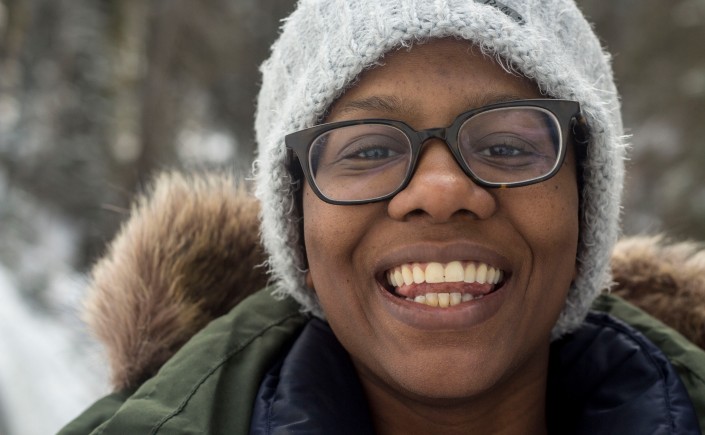 TJ: After our amazing day of skiing at Marmot Basin, we headed off to the city of Banff, which is titular city of Banff National Park. It was a 3-4 hour drive down Canada’s Highway 93

Dara: …and just as harrowing as the drive up. If not worse…

TJ: I was now somewhat used to driving through snow without snow tires and was for the most part it was ok – until we hit deep snow drifts. I had to floor the car to get out of some of those, deadly afraid we were going to get stuck.

Dara: But we made it! We celebrated like crazy once we got to Highway 1, which meant freedom from the snowy road.

We went into Banff to grab dinner, exhausted from a long day of skiing and driving, and found this amazing restaurant (and distillery) called Park.

It’s new and was a bit busy so we had to put our names down on the waitlist, but luckily they have a system that sends you a text when your table is ready so we got spend half an hour or so wandering through the very cute and cozy (though quite touristy) Downtown Banff. It’s built almost specifically for tourists so it was understandably a bit more expensive but still a fantastic place to walk around in, with lots of gift shops, candy stores, ice cream, and more.

After a bit we were seated at Park, and had a fantastic (though pricey) meal with equally great cocktails. The restaurant has a wood fire oven that mimics a campfire, giving many of their entrées a great, rustic, smoky flavor. I had the Alberta Sausage plate, wanting to try something local, with a Cascade (gin) cocktail, then a Backcountry Tea (whiskey) cocktail. The spirits are distilled at the restaurant, and the gin in particular is great.

I am very much not a gin fan, however, so I had a fantastic sangria to go along with my order of ribs.

After dinner, we were pooped, so we went straight to our Airbnb in Canmore – about 15-20 minutes away.

Pro-tip: Canmore is much less expensive than Banff and just as beautiful! We stayed at the Worldmark, which is essentially a hotel/resort that happens to post on Airbnb, and we had a great corner suite.

The view from our Airbnb

I was very impressed with it. It was spacious with a kitchenette, sitting area, and beautiful views –  a fantastic Airbnb.

The next day we slept in late, then around noon went back into Banff, eating at Tim Horton’s on the way.

Definitely a must if you go to Canada. They have great donuts and coffee – and are the Canadian equivalent to Dunkin Donuts, though Canadians may kill me for saying that.

After that we went into downtown Banff to rent some ice cleats, since we were planning on going to Johnston Canyon after seeing something about it in a pamphlet at our hotel.

We found cleat rentals, as well as snow boots, at a great place called Banff Adventures for something like $20 for the day. They also do complete adventure packages for those willing to pay a bit more.

The Johnston Canyon Ice Walk was definitely a great surprise find on this trip – it was absolutely stunning!

We felt like we were in a winter wonderland the whole way. Basically, Johnston Canyon is a beautiful canyon carved into the mountain by a river, with multiple waterfalls. In the winter, these waterfalls freeze up, and you can get to them through a short hike.

Sometimes, actual ice climbers will even practice climb on the frozen waterfalls.

Pro-tip: DEFINITELY get the ice cleats. We saw plenty of families and couples struggling up the trail, slipping and sliding, while we confidently strode by in our cleats. They were insanely jealous of us, and honestly could have been seriously injured. 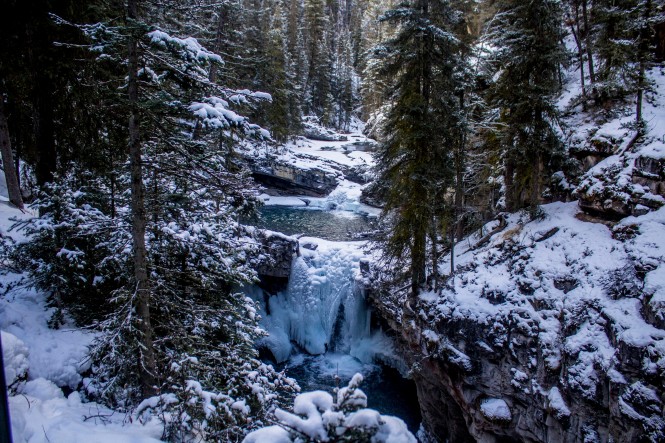 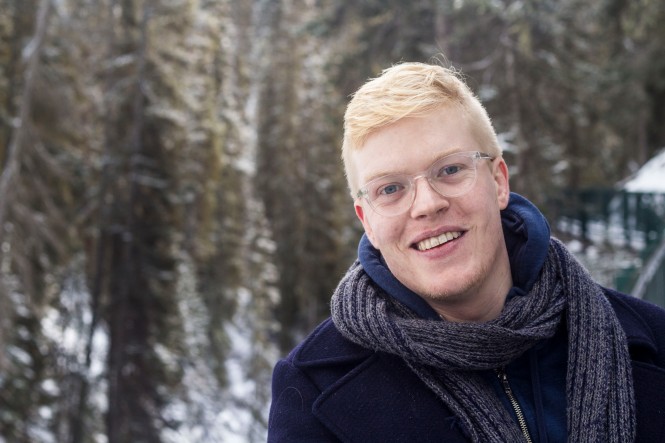 The hike to the Lower Falls was fairly quick, about a 30 minutes walking distance.

And we kept on going past that, to the stunning Upper Falls, about 1.6 miles up the canyon. 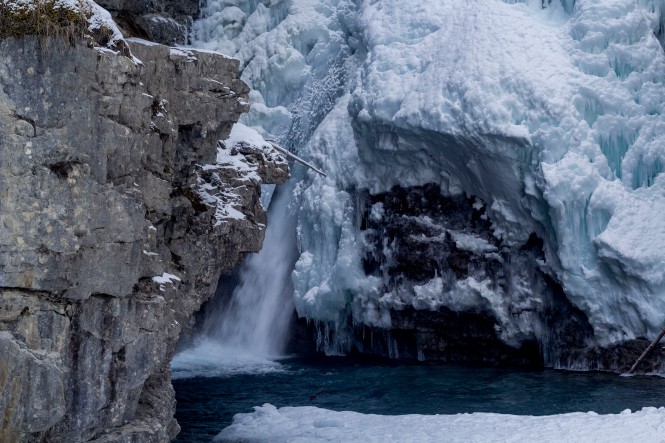 And much to my displeasure, that’s where TJ (after watching some other rascals misbehaving) jumped off the catwalk trail and onto the ice!

But we got some great photos from it!

From there we drove about 20 minutes to Lake Louise – a massive, stunning lake set against the edifices of mountains on 3 out of 4 sides, complete with its own Fairmont Princess resort.

In the summer, the water of Lake Louise is a magnificent shade of baby blue, but in the winter Lake Louise freezes over.

We got to walk on the ice, going out pretty far before deciding we were pushing it. 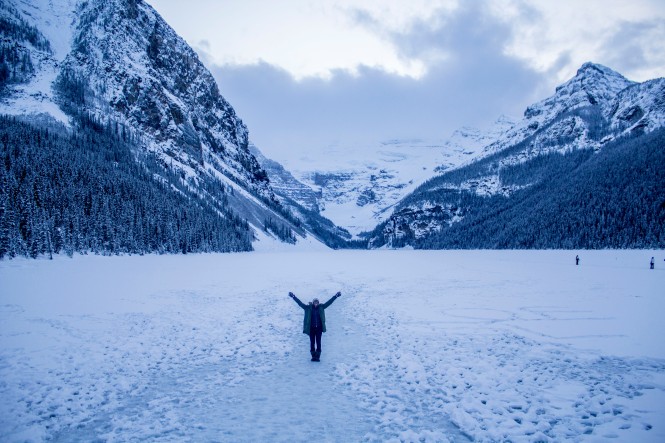 If we had come a bit later in the season, the hotel actually turns part of the lake into an ice rink, complete with its own ice castle, starting at an ice festival in January.

At that point, we were a bit cold, so we headed on into the hotel on the lake and enjoyed some hot chocolate.

And that was it for our time in Banff! That evening we drove down to Calgary to meet Dara’s friend Pam, which can read all about that in our next Calgary post. 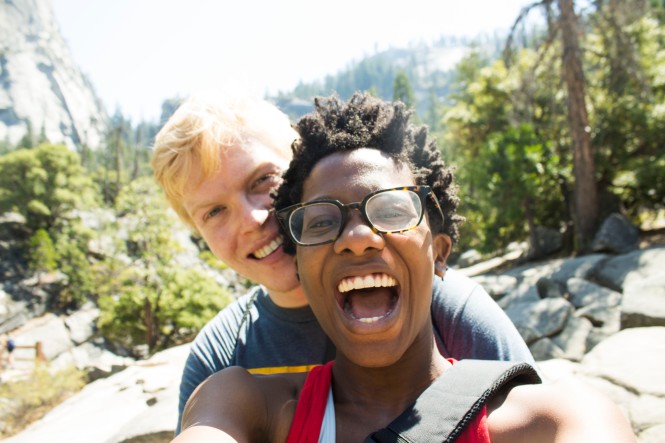